That’s the question many NBA insiders and fans around the Nation as well as in central Florida are asking. 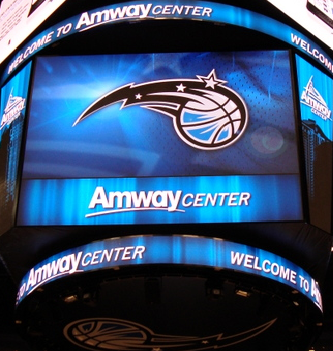 The Magic have quickly gone from a rebuild with young talent, to a jump start with seasoned Vets. Photo Credit: Kyle Jones

Now that the moratorium is lifted and the deals are official, I’ll tell you what they’re doing. What teams in the Midwest and the heartland of America far from the glitz and glamour of the East and West coast have to do. Build a team that is a reflection of the region, city and its residents. Orlando is a young, up and coming transplant city. Meaning many of the people who call it home didn’t grow up in the area, and have migrated here searching for new opportunity and a more laid back life, but still with plenty of variety to suit their many tastes.

That’s what I see in this newly constructed roster. Variety, or in this case versatility, and low key. No All-Stars. No reality TV Stars. No TMZ. Just a bunch of guys who want the opportunity to play ball and be successful at it.

General Manager Rob Hennigan and new head coach Frank Vogel are wise to not waste more time throwing flimsy pipe dreams into the sky hoping they’ll bring back top tier All-Stars in free agency. Nope. Almost three decades of Magic Basketball in central Florida have proven that no amount of talk about no state income tax, great tropical weather, beaches, and family atmosphere pitches are going to sway the premier athletes to come this way. Sure Tracy McGrady did, but remember he was from nearby Auburndale in Polk County down Interstate Four. Yes, perennial All-Star Grant Hill did it in his prime, yet injured when he signed. But, wasn’t his wife, Grammy Nominated Singer Tamia, just as much influential of that decision for her career too? Yes, Rashard Lewis and even Horace Grant made their way to the Magic’s Kingdom, but they came to play Dwight Howard and Shaquille O’Neal, respectively.

The goal is for one of your core young guys to breakout and be the All-Star. Nik Vucevic is a candidate. The high-flying Aaron Gordon is a candidate. 2015 5th overall pick Mario Hezonja is a candidate. And Serge Ibaka, who will turn 27 years old during the season, is a candidate. This is how you attract key free agents, by having a guy already in place that they want to play with.

You also don’t turn things around by holding on to every single draft pick you’ve made. At some point you have to use their value to flip it for something else you value more. Like defensive shot blocking, rebounding and veterans with significant playoff experience. Otherwise you become what the Los Angeles Lakers and Philadelphia 76ers are. Floundering in obscurity and futility.

What Hennigan has done with this roster retooling, is send a message to his young guys to step up or sit down.

Did you notice that the three key free agent signees play the same position as the guys that are perceived to be cornerstone pieces? Nik Vucevic is the best offensive player on the team, but with serious defensive flaws. So, they gave Bismack Biyombo 70 plus million dollars, just in case Vucevic doesn’t step up his defense. Aaron Gordon is the preferred starter at small forward, but they signed Jeff Green to a one-year $15 million contract, just in case Gordon doesn’t capitalize on his breakout second half of the 2015-16 season in the aftermath of his Dunk Contest fame. Elfrid Payton is the guy Scott Skiles and Hennigan reportedly didn’t see eye-to-eye on as a true NBA starting point guard—which ultimately led to the blessing in disguise of his resignation—yet Hennigan still signed 8-year pro D.J. Augustine. Of course this jump-start happened by shipping the face of the franchise (albeit a short run) in Victor Oladipo out of town for Ibaka. The young core of guys better get the message, and quick.

But on another note. What if, the Magic got Victor Oladipo to come back as a free agent when he’s available? Looks sort of promising now that the Oklahoma City Thunder won’t be what we thought they would be when he was traded there on draft night. It’s just a thought, but if the Magic get into the playoffs quickly, like say this coming season, why wouldn’t a talent like Oladipo want to come back and join the uprising? Hmmm.