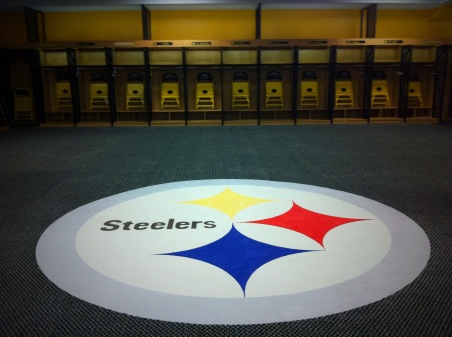 Pittsburgh’s quest for Lombardi #7 came up short in 2015, but 2016 is promising. Photo Credit: Kavis Peak

Now that the Pittsburgh Steelers season is over, there are two themes that will stick with me all offseason about the 2015 edition. Injuries and inconsistent defensive play.

First, the injuries. It started in the first preseason game when kicker Shaun Suisham tore his ACL making a tackle in the Hall of Fame game in August. Then All-Pro Center Maurkice Pouncey went down with a broken Ankle in the third preseason game against the Green Bay Packers. Move to the regular season and the injury bug continued to bite. Perennial Pro-Bowl quarterback Ben Roethlisberger had to miss 4 games with a sprained MCL and bone bruise of his left knee when he was hit low during the St. Louis Rams victory. 4 games later, starting offensive tackle Kelvin Beachum tore his ACL in the victory over the Arizona Cardinals and missed the final 12 games including the postseason. Just as #7 was ready to comeback and steady the ship, down goes All-Pro running back Le’Veon Bell, who tore up his knee against the Cincinnati Bengals in the first meeting between the two heated rivals, causing him to miss the remainder of the season.

Then as they secured a playoff spot on the final day of the regular season, DeAngelo Williams sprains his ankle and misses the postseason. Then, Antonio Brown had to miss the Denver Broncos playoff game with a concussion suffered in the Wild Card game.

In all, 17 players were put on the injured reserve list. I don’t know of any team that could suffer such losses to key players and finish with a winning season, let alone make the playoffs and be 10 minutes away from making the Conference Championship game. Don’t believe me? Look at the Dallas Cowboys.

All things considered, this team overachieved. If I had told you in August that the Steelers would suffer that many significant injuries, you would’ve probably told me “better luck next year.” Or you might have thought “hope the losses help us get a great draft pick.”

Speaking of draft picks, that brings me to the other issue I have with the 2015 team. It’s time for Coach Mike Tomlin and General Manager Kevin Colbert to draft a defensive back in the first round. Probably in the second round as well.

Tomlin needs to improve his secondary in order to win his 2nd Super Bowl title.

The secondary was very inconsistent for a majority of this season. This unit finished with the 3rd worse ranked pass defense in the NFL, giving up 271.9 passing yards per game for a 16 game total of 4,350 yards, and 231 first downs via the air. Four quarterbacks set career marks against them for yards in a game. The Cleveland Brown’s Johnny Manziel (372 yards), A.J. McCarron (280 yards) of the Cincinnati Bengals and Ryan Mallett (274 yards) of the Baltimore Ravens, and Seattle’s Russell Wilson set career high for touchdowns with 5.

I will be clamoring all offseason for the Steelers brass to use early round picks on the most talented defensive backs in the 2016 class. According to draft analyst, this crop of prospects is the deepest position in the draft. Pittsburgh has the 25th pick by virtue of their postseason finish, and should be able to get a very talented player this late in the round.

A few prospects that already come to mind; cornerback Kendall Fuller from Virgina Tech, who comes from a very good pedigree with two brothers currently excelling in the League at the position, and a third that enjoyed a 7-year career as well. Jalen Ramsey of Florida State is one of the bigger corners in this year’s class at 6’1″ and 204 pounds. Many scouts say he’s more of a safety at the next level than a corner, but it doesn’t matter for the Steelers because they could use him at either position, especially with the 33-year old Will Allen entering free agency. Some mock drafts have the Steelers going with Eli Apple out of Ohio State with their first round pick. Apple was a key contributor on the Ohio State Buckeye team that won the 2014 National Championship. The 6’1″ cornerback is touted as a physical, in-your-face talent that likes to play man coverage and make tackles in the run game. He already sounds like a Steeler.

LSU’s Tre’Davious White is projected to be selected anywhere from the first to third round. If you could get him in round two or three after drafting one of the aforementioned prospects in the first round, you could potentially make a weakness of the club into a strength in two picks. We all know the Bengal Tigers have done pretty well recently with the secondary talent they’ve sent into the NFL in recent years. Patrick Peterson, Tyrann Mathieu, Morris Claiborne to name a few.

The last time Pittsburgh selected a defensive back in the first round…. 2003 with the 16th pick. It was Troy Polamalu. How did that turn out? Future Hall of Famer.

I’m not going to point out the negative without looking at the positives. Pittsburgh’s defense was 3rd in the League in getting interceptions with 17, as well as 3rd in sacks with 48. In their last 4 games, which include the playoffs, they only gave up 17.8 points per game. That’s progress.

I go into the offseason believing that this young explosive offense, that averaged 26.4 points per game and set a franchise record with 6 consecutive games of scoring 30+, has the tools to compete for a Super Bowl title if everyone returns healthy.

Roethlisberger led all quarterbacks with 328.2 yards per game. Antonio Brown was once again voted to the All-Pro team, and became the first player in NFL history to record 125+ receptions in consecutive seasons. His 265 catches over that span is also the most in NFL history in any two-year period. Now he has more running-mates in Martavis Bryant who showed in the Divisional game against the Denver Broncos and all season he is more than able to compliment AB with his 9 reception 154 yard performance, and Markus Wheaton who pulled in 9 catches for 201 yards and a touchdown against the Seattle Seahawks’ “Legion Of Boom” proved why this is the most lethal crop of wide receivers in the League.

As this season proved, the best ability is availability. And if the Steelers key players are available for a large portion of the 2016 season, that record seventh Lombardi Trophy won’t be that far from their grasps.