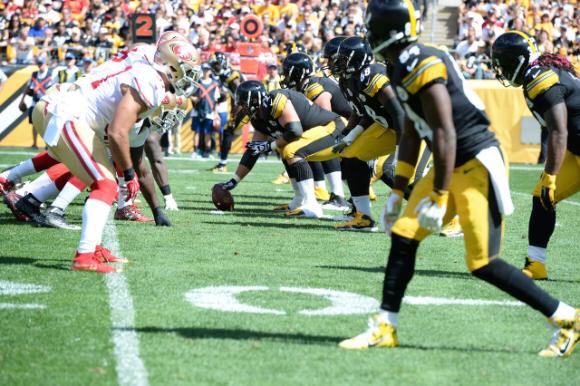 What a difference a week makes, or in this case ten days. The Steelers defense looked like they had no clue against Tom Brady and the New England Patriots opening night. On Sunday afternoon against the San Francisco 49ers, they looked similar to what Steeler Nation is accustomed to seeing in “Blitzburgh.”

Defensive Coordinator Keith Butler’s D forced one turnover that set up a touchdown, while also sacking Colin Kaepernick 5 times. Most importantly they only gave up one score on four tries in the red zone, while causing the 49ers to go 7/17 on 3rd down.

My biggest take away from the defensive performance is that they should play very well against teams built on power running. They held Carlos Hyde down to 43 yards on 14 carries, coming off his career high 168 yards and 2 touchdowns on Monday night against the Minnesota Vikings.

The D also showed they can contain dual threat quarterbacks, like Colin Kaepernick, who aren’t going to sit in the pocket and throw 30-40 times a game, like Tom Brady or Drew Brees. The style of play of the offenses in the AFC North should benefit this defense. Joe Flacco of the Baltimore Ravens is the only QB in the division that could possibly take advantage of this secondary. Pittsburgh won’t face an elite QB who likes to sling it around until October 12th at Philip Rivers and the San Diego Chargers; then the following week at home against Carson Palmer and the Arizona Cardinals, and Andrew Luck and the Indianapolis Colts on December 6th. One would hope they’ll have their passing defense figured out by then.

Meanwhile, Ben Roethlisberger, Antonio Brown and the offense got their 30 points they hope to average per game this season. 43 to be exact. Roethlisberger was 20/26 for 369 yards and 3 touchdowns, and no turnovers. 4 of Big Ben’s completions were for over 40 yards. Brown hauled in 9 receptions for a career high 195 yards and a touchdown. 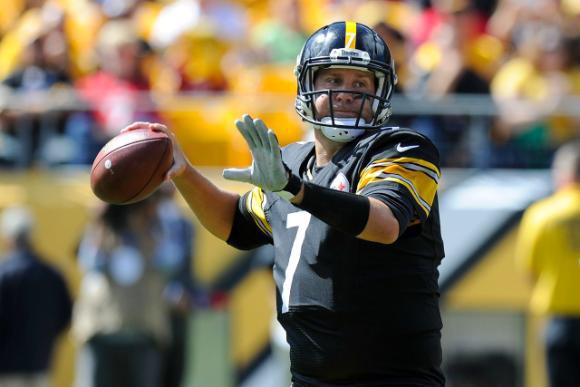 The Killer B offense looks as unstoppable as Bo Jackson on Tecmo Bowl. My only knock is they lost the time of possession battle 36:59 to 22:21. Even with the huge splash plays leading to points, you don’t want to continue to put a young inexperienced defense with a new play caller on the field so much.

Brown is successfully making his case as best WR in the NFL. Photo Credit: Steelers.com

This offense will continue to keep the Black & Gold in games. If the defense can bottle up this performance and carry it week to week, the Steelers will have a better shot at holding on to their division title from 2014.

Next up for Pittsburgh, the Rams in St. Louis (1-0); they lost to Washington 24-10. A bonus for the Black & Gold, All-Pro running back Le’Veon Bell returns from at 2 game suspension.